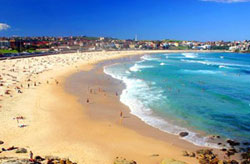 Australia is a vast country, stretching over a land area of over 7.6 square kilometres, making it the sixth largest country in the world.

Its varied landscape covers extensive deserts, lush tropical forests, urban metropolitan cities, and even snow-capped peaks, and there is no better way to experience Australia than in a car – flying over this landscape won’t do it justice.

Australia has a population of just 22 million on this huge land mass, which means you won’t have to worry about traffic – although locals do love a road trip.

If you’re a recent transplant to Australia, whose cities are home to a huge number of expatriates, buying a used car is the best way to discover your new home and take advantage of the weather and the wide open spaces. Websites like carsales.com.au and other classifieds sites are easy to use and offer good deals, which is much cheaper in the end than renting a car – so hop in your used Infiniti or 4×4 and hit the road!

Most people start their road trips in Australia’s largest city, Sydney. After taking in the sights and sounds of this global cultural hotspot, you can head northward towards Brisbane via the Pacific Coast Touring Route. This 7 day road trip will follow along the coast, stopping at Teregal and the coastal resort town of The Entrance. Your next stops will be Newcastle, Salamander Bay, Port Macquarie, Coffs Harbour and Byron Bay along the famous Gold Coast before finally stopping at Brisbane, Australia’s third most populous city.

From Brisbane, you can head further north to Beerwah, home to Steve Irwin’s famous Australian Zoo, before hitting Sunshine Coast and Sunshine Beach. From here, you can move inland towards Gympie and Maryborough before finally stopping at Hervey Bay.

From Hervey Bay, the best way to experience Australia is to head further North, towards Cairns via Townsville. Cairns is a delightful city on Australia’s northern coast, and a perfect stopover before moving on to Darwin.

An alternative to this northbound route is a road trip from Sydney to Melbourne via the Grand Pacific Drive with stops at Wollongong, Jervis Bay, and a quick detour via Australia’s capital, Canberra, before continuing along the coast through Narooma, Eden, Lakes Entrance, and ending at Melbourne.

From Melbourne, take the Great Southern Touring Route which moves along the scenic Great Ocean Road in Victoria with stops at Geelong, Apollo Bay, Warrnambool, the Grampians National Park before finishing at Ballarat to cap off your Australian adventur